Back at the end of October I returned home after a Halloween party and decided I just wanted to kick the drink for a while.

Lately I felt that alcohol had become a constant in my life, when really it should of been a ‘now and again’ thing.  Rather than the odd glass of vino on a Saturday night with a meal, I was drinking most days out of sheer habit.  A beer here to ‘relax’ or a glass of fizz here to ‘celebrate’….by celebrate I mean pretty much celebrate a Tuesday for example.  All in all, it was adding up in the week.

I was tired all the time, and knew deep down the booze was affecting my gains in my training.

What was more worrying is that drinking had become SUCH a part of my weekly routine, that I found that I actually had to make a conscious decision to NOT drink.  To NOT have a beer this week.  Even more concerning – it took SO MUCH ENERGY TO NOT DRINK.  That’s when I realised.  I’d become pretty addicted to alcohol.

Don’t get me wrong, I wasn’t plastered all the time, I wasn’t sinking a bottle of wine a night but I definitely was having fewer and fewer days where I didn’t drink.  When I thought about not having a drink, I felt like I would be depriving myself –  you know, that ‘go on you’ve earned it’ or ‘its been a hard day’ drink.  In reality though, the more I was having to drink, the worse I was feeling about myself.  In fact when it came to booze, it felt like it controlled me – not the other way around.

Every time I drank I didn’t sleep well at all, which led me to crave carbs, caffeine and sugar the next day.  Even if I didn’t succumb to cravings, the sugar in the booze was enough to keep me from my summer body goals.

Enough was enough. I was sick of feeling controlled by the thought of having a drink.

I know myself pretty well, and usually saying I ‘will never’ have or do something, usually means I then obsess about it, and end up caving in after a week.  So I decided to take a different approach.

Rather than ‘quitting’ the drink, instead I would simply ask myself two questions every time I reached for the bottle opener.

‘Why do I want to drink alcohol right now? Will it take me nearer to my goals or further away?’

At the same time, every single night I read a chapter from a book focussed on being alcohol free, so the negatives of booze where always, ALWAYS at the forefront of my mind, stopping me from making any viable excuses.

These books definitely did something to my brain.  Something really powerful.  They made it next to impossible for me to find excuses to drink.  They called me on all my bullshit reasons to drink as a little ‘reward’ to myself when it in reality, it was actually stopping me getting my goals.  They made it impossible to hide from the things I was actually using alcohol to escape from and approach them head on.

Before I knew it I was at the end of November and I hadn’t drank at all.  Although ironically I celebrated this success with a cheeky beer in Dubai on the balcony one evening.  *rolls eyes*  However still in my eyes, a total success as opposed to probably what was once at least a habit that saw me drink at least 10 units a week (and I’m sure my wine units, are larger than the governments wine units!)

Since then I had maybe 6 drinks total over the 2 week Christmas period, nothing in January and still going strong, and whilst I’m not saying I’ve quite drinking, I definitely feel like the decision is mine to make now.

Even weirder – after reading these books I really didn’t want to feel drunk!  Every time I would think about drinking, I would remember how I actually hated feeling drunk – out of control, saying stupid things, not sleeping (and sleep is precious when you have 2 little ones!).  It just made sense not to drink.

I think I was expecting to drop about 10lb immediately just because I stopped consuming all the sugar and calories from booze, but it’s been a more interesting process 3 months on….

Actually I lost NO WEIGHT in that first month.  That’s right.  Nothing.  How annoying is that.  However, looking back I think it takes that long to your body to adjust to not having this drug coarsing through its system any more and establish a more balanced environment again.  After the first 2 months (and Christmas – I ate way too much) I started to actually see the results, once I got my act together again with my workouts and food.

The results? Well, in addition to working out 4 – 5 times per week, and sticking to a 90% clean, protein and vegetable rich diet, with at least 3 litres of water consumed each day plus a couple of mini-fasts each week, I’ve: –

What’s interesting is that I’ve done the working out and the clean diet before but the irony is that I’ve still drank booze.  How can you have a clean diet when you’re drinking booze?  All your body’s energy goes in to burning that booze off and processing that poison before it can even begin on the food you’ve consumed, so your body is much less efficient.

Now I’m not saying I’m Tee Total!  I have a good 20 years (and the rest) of conditioning to un-do around drinking alcohol – I still view it as something I want in my life.  Regardless of everything I know about it.  This is driving me crazy, but I’ve improved so much in the last few months, that I’m not going to beat myself up about it….I’m just going to work on improvements.

The interesting thing about going weeks at a time without alcohol is quite simply, my body is working so much better, and the results are showing in every area of my life – decisions, energy levels, relationships, mood and happiness.

It’s definitely something I’ll be continuing to aim for each month without the pressure of telling myself ‘I’m never drinking again’ which quite frankly, just makes me want to hit the pub!

Now, I don’t like to tell myself that I ‘can’t’ or ‘won’t as the rebel in me tends to want to go against that.  Instead I keep telling myself IF I really really want a drink that much, I will have one.  Just one.  Turns out, when I think like that, it never seems worth having just one.

How do you find quitting the booze?  Week 3 for me was the worst!!!

This site uses Akismet to reduce spam. Learn how your comment data is processed. 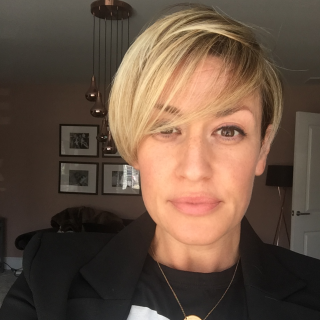